Bringing 2018 to a Close at Transcribathon

Mini-Transcribathons in Vienna and Reflecting on this Eventful Year

Our last big event for 2018 was held on 6th December at the #EuropeforCulture conference in Vienna. We reflect on this fun competition, as well as on some overall highlights from this momentous year for the Transcribathon project.

On 6th December 2018, we were welcomed in Vienna at the Austrian National Library, where we introduced a new kind of transcription competition: ‘Mini-Transcribathons’. With each race lasting only 45 minutes, participants had to run against the clock to transcribe and annotate as much as they could from documents in French, English, Italian and German. Out of the 3 Mini-Transcribathons that took place, one team of keen school students emerged victorious, transcribing an unbelievable 3365 characters within such a short time.  Congratulations to the winners and all participants! We’re very grateful to have been a part of this wonderful celebration of European Cultural Heritage.

Take a look at the full results and details of this event.

The last Mini #transcribathon was won by a team of school kids from Tirol. Thanks to all the enthusiastic participants. #EuropeForCulture #EYCH2018 @Europeana1914 @ONB_RD @FFHistorians pic.twitter.com/461m5OncUH

Hosting more than 10 events in 7 different European cities, alongside a number of online runs, 2018 has been Transcribathon’s biggest year yet! From Kiel in January, to Athens in May and Brussels in November, we’ve sure been busy these past 12 months! Most impressive of all, however, has been to witness the never-ceasing enthusiasm of European citizens at our events and to observe the extraordinary dedication of our transcriber community.

2 years on from the project’s launch, the momentum has never ceased and we are enormously grateful for all of the incredible engagement and support that made it all possible. Transcribathon now has more than 1,855 registered users, who have together transcribed more than 26,000 documents.

Many of this year’s Transcribathons were organised as part of the Europeana 1914-1918 Centenary Tour 2018 and in collaboration with the European Year of Cultural Heritage 2018. There have also been a number of external events, such as the Collection Day and Transcribathon at the Archives départementales de la Drôme. 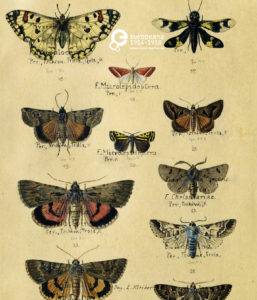 A notable milestone reached in 2018 was the completion of the transcription work for the Ernst Kleiber manuscripts. Thanks to the dedicated work of the Transcribathon community, notably Gabriele Kister-Schuler, Eva Anna Welles and Johanna Rustler, the transcribed texts are now being prepared for publication.

Another major highlight of this year was the Europeana 1914-1918 Centenary Tour Finale in Brussels in November. Friends, old and new, from every corner of Europe were there to celebrate with us at the House of European History. Past Transcribathon winners took part in the ultimate transcription championship, and old friends and collaborators discussed WW1 remembrance at the round table discussions.

One hundred years since the End of the First World War, 2018 has been an important, historical milestone, and also for the team at Transcribathon, a very momentous and exciting year indeed. Thanks to everyone who shared and contributed to this fantastic year with us! Happy holidays and we look forward to seeing what 2019 has in store for the Transcribathon project. 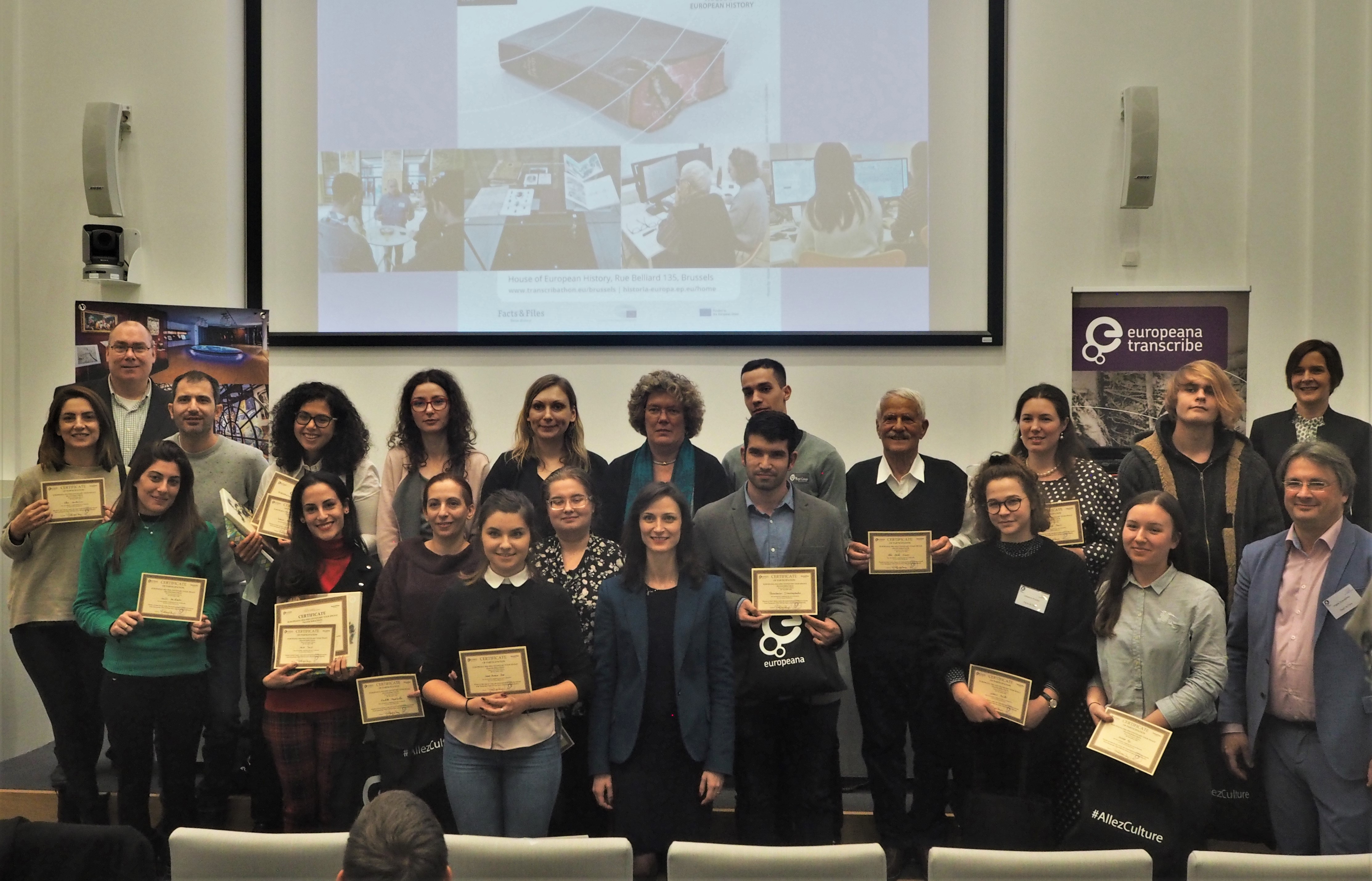 Grand Finale and Awards Ceremony of the Brussels Transcribathon